Having a superb pair of dress shoes is not a luxury; it’s a necessity. Even sneaker and hoodie guys will occasionally need to suit-up, and opportunity favors the prepared.

This guide will help you make wiser shoe purchasing decisions. Once you understand the available options, you’re already halfway there toward looking your best at any event.

Oxfords, the most basic and timeless of dress shoes, are an excellent starting point. The versatile Oxford shoe can be dressed up or down for formal and daily wear.

These shoes gained popularity in 1800 among college students, particularly at Oxford University. At the century’s turn, students wanted a modern low-top version of the shoe, as they deemed the half-boot style of traditional Oxonian shoes outdated.

The most recognizable trait of an Oxford shoe is its “closed lacing”; this means that the shoe’s facing is attached beneath its vamp. This arrangement provides a slim silhouette that hugs the foot’s contour.

Oxfords are chiefly popular because of their minimalism and their ability to pair with any outfit.

The One Piece Oxford

The one-piece Oxford is a variation on the classic oxford. It’s constructed of a single leather piece rather than various pieces sewn together, and it has a single seam. This limited stitching provides a sleek and sophisticated look that adds to the shoe’s simple, no-nonsense style.

The Derby is similar to the Oxford, but it’s a more casual dress show.

The Derby shoe, also known as the Gibson or the blucher, was a sporting and hunting boot circa the 1850s. At the turn of the 20th century, they became appropriate for going out into town.

Derbies are often miscategorized as Oxfords since their shapes are very similar and their differences are very subtle. The key difference between Derbys and Oxfords is that the Derby shoe has its facing attached on top of the vamp. This is called “open lacing” and allows for a wider fit.

This wider, comfortable fit winks at the Derby’s sporting roots and solidifies the Derby shoe’s positioning as more casual than the Oxford.

You can wear and style Derby shoes the way you would Oxfords. However, Derbys are typically more casual, so you wouldn’t want to wear them with a formal suit. Chinos and rolled jeans, however, would go pair with these shoes.

This shoe takes its name from the monks who originally donned them, as this simple closed-toe design provided greater protection than their traditional sandals.

A Monk Strap is similar in shape and construction to an Oxford, but instead of an eyelet closure, it has a wide swath of leather fastened across the front of the shoe. This wide strap is fastened with either a single or double-buckle closure.

This classic alternative to laced dress shoes adds a certain panache to any outfit.

The loafer is a moccasin-inspired shoe that is known for its slip-on style.

The original loafer was a casual house slipper made for King George VI of England. It was neither acknowledged nor popular as a casual shoe until it came to the U.S. in the 1930s. It wasn’t until the 1960s that American businessmen and lawyers began wearing loafers with suits.

In 1966, Gucci introduced the bit loafer, which features a metal strap (in the shape of a horse’s bit) across the instep. Gucci’s innovation further elevated the loafer’s status as formal footwear — or at least confirmed that this was not strictly casual.

Loafers often have a saddle — a decoration that might be a plain strap, a strap with a slit (as with penny loafers), or a metal ornament. Tassels or a kiltie might hang from a saddle, while the minimalist loafer (the Venetian) has an exposed vamp without embellishment or ornamentation.

A signature characteristic of loafers (especially those more akin to a moccasin than a regal slipper) is an elevated seam that runs along the toe.

A casual variant of the loafer is the driving moccasin or driving shoe. These are often made of softer materials, are less structured, and have soles and heels made for wearer comfort while driving.

Wear clean Venetian loafers or embellished loafers with suits for formal settings. You can also opt for casual styles with rolled jeans.

The dress boot is a short lace-up boot. It is constructed like an Oxford, but with a longer shaft.

This shoe style’s roots in the Victorian era, when men had limited footwear options. The dress boot quickly became an acceptable choice for formal daywear, and it still remains an attractive alternative to standard dress shoes today.

A dress boot is constructed like an oxford, and is very often the same shape but with a longer shaft. This short, lace-up boot may feature wingtip brogueing on the toe and along its seams.

When is a boot dressy enough to be worn with a suit?  It should be sleek, not too chunky, have thinner laces, and its soles should immediately distinguish the boot as a high-top dress shoe. Lug soles and commando soles will rarely be appropriate (though there are exceptions.)

The Chelsea boot is a versatile laceless ankle boot.

The Chelsea boot originates from Victorian England, reputedly created by the Queen’s bootmaker, J. Sparkes-Hall. These boots became the practical alternative to rigid Victorian boots of the age and were quickly adopted by equestrians.
Chelsea boots experienced a strong, permanent revival in the 1960s when The Beatles wore them as part of the British Mod look.

These ankle-length boots have rounded toes, low heels, and elastic gussets on the sides. Because of these elastic gussets, one can pull on and slip off the shoes with ease, without compromising the refined silhouette of a laced boot. In fact, the absence of laces contributed to Chelsea’s slim, clean shape.

In dressier versions, the vamp and quarters are made from a single piece of leather, which keeps stitching to a minimum for a tidy look.

Classic Chelsea boots don’t have decorative flourishes or embellishments. Their simplicity puts them in a class all their own: jeans get an upward lift, and traditional suits gain an edge.  If you purchase suede Chelsea boots, wear them only as part of a casual or smart-casual ensemble.

A lace-up boot with only two to three eyelets on each side.

Chukka boots originate from the polo sport: a “chukka,” a segment of seven minutes, is the unit of time by which polo matches are measured; a match will consist of four, six, or eight chukkas.
Some say chukkas resemble shorter versions of the boots worn by polo players. People also say that Chukkas are intended to be comfortable after-game footwear for polo players–like the original Uggs were for surfers.

Chukkas are ankle-length boots with few eyelets. The absence of many eyelets and the short shaft allow for a snug fit that won’t disrupt the shape of one’s trouser legs. Also, Chukkas have a rounded toe, minimal stitching, and open lacing (similar to the derby). They are traditionally made of soft suede, but there are now many versions from which to choose.
Desert boots are a much more casual, rubber-soled version of the Chukka boot.

These are the most casual shoes we’ll discuss in this article. Chukkas are not appropriate for formal attire, though pairs made of high-quality leather can complement a smart-casual ensemble. Both chukkas and desert boots are exceptional for smart-casual.

When making an investment in quality footwear, take note of the details, and abide by the one golden rule: the toes of your dress shoes should be rounded, and never squared or pointy.

There’s a time and place for pointy and squared toes, but not on dress shoes.

Plain toe shoes are as simple as it gets. The vamp is unadorned, and the resulting look is clean and unassuming.

Cap toes feature a horizontally stitched line across the vamp that “caps” the toe. In most cases, a separate piece is stitched over the vamp. But sometimes, the cap is accomplished by a decorative stitch across a single piece.

The medallion style has a plain toe, with hints of brogueing on top of the toe.

This toe style has a winged cap that peaks in the middle of the toe. Wingtips often feature brogueing in the center of the toe and along the seam of the cap.

Any dress shoe style can have brogueing. Brogue simply refers to the decorative perforations in various patterns.

Originally, the tiny holes were intended to allow water out of shoes when crossing the wet terrain. Brogueing is most often seen on Oxford, Derby, and Monk Strap shoes in four toe cap styles: full brogue, longwing brogue, semi-brogue, and quarter brogue.

Also known as wingtips, the wing-shaped cap extends around to the outside of the toes.

Semi-brogues, also known as half brogues, feature broguing along the seam of the cap toe as well as some decorative broguing on the center of the cap toe. This is more subtle than a full brogue.

The most reserved of the lot, the quarter brogue simply features decorative broguing along the seam of the cap toe, with no decoration on the center of the cap toe.

Longwing brogues are most common on the derby shoe. The shoe’s brogued wingtip cap continues along the side of the shoe all the way to its center seam in the back.

A signature pair of well-made dress shoes is an essential possession. Choose a well-crafted pair, and choose wisely.

Ideally, your choice expresses your personal style and fits with the clothes you typically wear. You can add uniqueness and dimension to them with creative lacing methods or colorful laces.

The graphic below was designed for your convenience, and we welcome you to share it. 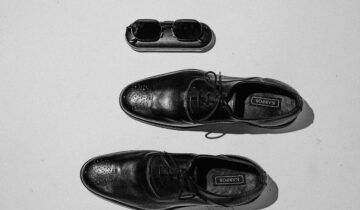 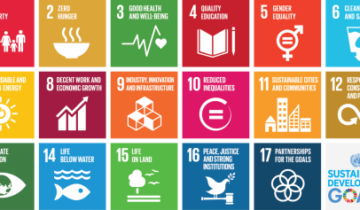 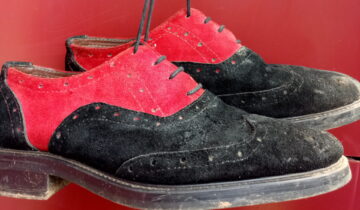 How to clean Suede Shoes

No products in the cart.

0
Shopping Cart 0
Wishlist 0
Currency
NGN
Sign In
Close
Got questions? Chat with us